There are two common contexts under which failure to declare penalties arise. The first is when travelers enter the United States from abroad and fail to declare merchandise they have purchased or acquired overseas. U.S. Customs and Border Protection (CBP, formerly called the Customs Service) will then seize and sometimes forfeit the merchandise, and may issue a penalty. The other context is commercial importations, where a container of merchandise arrives at a port of entry and the importer does not declare all the merchandise within the container. A classic example would be a container that contains hidden merchandise, where only the merchandise near the doors of the containers is declared.

For the purposes of this article, I’ll be focusing on the the individual context for failure to declare violations. If you’d like to read more about commercial violations you can do so here. As mentioned above, individuals are most commonly issued failure to declare penalties pursuant to 19 USC § 1497 when they return to the United States from an international trip and fail to declare their purchase of valuable merchandise abroad.

CBP’s official YouTube channel also discusses Failure to Declare penalties starting around 2:30 of the video below:

What does the law say about failure to declare penalties?

(A) is not included in the declaration and entry as made or transmitted; and

(B) is not mentioned before examination of the baggage begins—

(i) in writing by such person, if written declaration and entry was required, or

(ii) orally, if written declaration and entry was not required;

shall be subject to forfeiture and such person shall be liable for a penalty determined under paragraph (2) with respect to such article.

(A) if the article is a controlled substance, either $500 or an amount equal to 1,000 percent of the value of the article, whichever amount is greater; and

What is the purpose of this law?

This law attempts to ensure that parties declare valuable merchandise they have purchased abroad. This is important for many reasons, including tax evasion, money laundering, and the development of trade and commerce statistics. Low value items sometimes fall under CBP’s personal exemption rules and do not have to be declared. These rules vary depending on the traveler’s country of residence and where they are traveling from. CBP lays out some of its exemption rules on their website.

Generally, merchandise worth a few hundred dollars isn’t going to get you in trouble, its when you have merchandise valued in the $1,000s or more that you should make certain you are not setting yourself up for a big failure to declare penalty or forfeiture.

Do I still have to declare items purchased from a duty-free store? Will I owe duty?

Yes, you should declare even duty-free items, and yes you may still owe duty if the value of the merchandise exceeds your personal exemption limit despite any duty-free status. This can be a serious hangup for many individuals as they think duty free = I do not have to declare. This is not true!

CBP is clear on this point:

Items purchased in “duty-free” shops are eligible for the duty-free exemption but duty will be owed if the value exceeds the duty-free exemption for the country you are returning from. Gifts acquired abroad for your personal use or for someone else may also be included in your personal exemption as long as they are not intended for business, promotional or other commercial purposes. Keep in mind some commodities are not subject to duty (i.e. original paintings or antiques over 100 years old) or may originate in countries eligible for a special trade program (i.e. GSP, NAFTA, etc.). If you are bringing products that originate in a country eligible for a special trade program, you may automatically bring the goods into the U.S. duty-free. However, you should have proof of the goods country of origin. For example, the goods should be marked made in the country it was produced or manufactured in and the country of origin should be indicated on the invoice or receipt.

How does a failure to declare violation occur?

A classic example would be someone travels abroad and finds a watch they have been coveting priced very attractively thanks to a favorable exchange rate and lower sales tax. Faced with this great bargain, they decide to make the big purchase. For simplicity sake, lets assume the total cost of the watch was $20,000 in US equivalent dollars. A week later the watch buyer flies back home to the United States. When they are clearing customs at the airport they don’t tell the officers that they spent $20,000 abroad and purchased a new watch. Then, they get randomly selected for secondary inspection and after CBP Officers open their checked baggage, officers discover the watch box and the purchase receipt that shows it was bought just a few days ago at a foreign stores and exactly shows what the traveler paid.

In this instance, assuming the traveler never disclosed the watch purchase, they would be in violation of 19 USC § 1497, for, you guessed it, failure to declare. The CBP Officers at the airport would then be able to seize the watch and could initiate a $20,000 penalty to the traveler. See 19 USC § 1497(a)(1)-(2). The CBP Officers do not necessarily have to issue a penalty and seize the watch, they have the discretion to do nothing or do everything the law allows. However, generally you can expect them to seize when the property has significant value. After the seizure, CBP will send notice to the property holder and you will have a chance to challenge the seizure, and seek mitigation if you wish.

You should contact an attorney that specializes in trade and customs law. I formerly worked at CBP and have extensive experience related to these types of cases. In some instances, CBP may be willing to mitigate the penalty issued to you, cancel the penalty entirely and sometimes return all of the seized property. Each case is different and it depends on the specifics of your case whether you may be eligible for mitigation, but you should contact an attorney promptly. Typically you only have between 30-60 days to challenge a penalty or seizure (depending on which). Failure to take prompt action can lead to you losing the right to challenge CBP’s action and being stuck with whatever penalty or enforcement action they have taken against you.

Hopefully you found this guide helpful. At this time we are not taking on any new clients. All information provided above is for reference purposes and should not be construed as legal advice. You should consult with a licensed attorney before taking any action in your case. 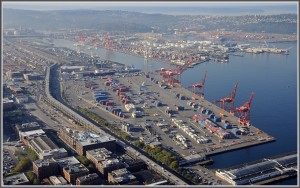 In today’s Fast Legal Answers series I am going to be talking about Trade & Customs Law, specifically 19 U.S.C. 1592 penalties. These penalties, which are issued by U.S. Customs and Border Protection (CBP), can range in the millions of dollars. We are talking about penalties so large, that they force a company to file for a bankruptcy and shutter their operations.  In this short article, I’ll explain how these penalties can reach astronomical heights, how to avoid them, and in the unfortunate event you’ve been issued one, the basics of challenging them.

The core principle of the statutute is that you cannot submit any material false statement to the United States in relation to international trade:

(1) General rule
Without regard to whether the United States is or may be deprived of all or a portion of any lawful duty, tax, or fee thereby, no person, by fraud, gross negligence, or negligence—
(A) may enter, introduce, or attempt to enter or introduce any merchandise into the commerce of the United States by means of—
(i) any document or electronically transmitted data or information, written or oral statement, or act which is material and false, or
(ii) any omission which is material, or
(B) may aid or abet any other person to violate subparagraph (A).

Essentially, this means that if you are importing something and lie about its quantity, value, or classification you may be subject to a 19 USC 1592 penalty.

Accordingly, the inquiry into the mental state or intent of the violating party can have a signficant affect on the ultimate penalty in the case. This is another reason why you should work with an experienced trade attorney early on that can help direct your case and potentially avoid a fraud charge. Note that a fraud penalty can be up to the domestic value of the merchandise imported with the fraudulent documentation.

Burying your head in the sand will not help you either. The statute of limitations on 19 USC 1592 penalties is five years. See 19 USC 1621 (action must be commenced “five years after the time when the alleged offense was discovered”). However, even after five years some cases can still survive. The key word is “discovered,” this means fraudulent violations older than 5 years can be prosecuted if the government discovers the fraud at a later date.

The goal for any entity importing or exporting goods to or from the United States is avoiding a costly enforcement action like a 19 USC 1592 penalty. To do this the importer must be knowledgeable about the laws and regulations that are applicable to them and hire trustworthy customs brokers and other trade professionals to assist them in the process.

Best Practices regardless of size

Regardless of the size of your company you should make sure you are complying with Customs laws. If you start as a small importer and you intentionally undervalue goods to get an edge on your competitors, you are in for trouble. While CBP may not catch the violations early on, if they catch them once your company has grown you could end up facing a 19 USC 1592 penalty for fraud. That would result in a penalty equal to the domestic value of all the merchandise you undervalued for possibly a period of years. That almost certainly would cost you your business.

A classic example of such a scheme is double invoicing where you pay your supplier one price and provide invoices reflecting a lower price to CBP for tariff and duty purposes. While this scheme can save you money in the short term, it could prove extremely costly later.

Fighting a 19 USC 1592 penalty is something you obviously want to avoid. However, if you find yourself facing one, you should consult with an experienced trade and customs law attorney. They will be able to provide you answers and a strategy for approaching the penalty.

CBP also allows for mitigation in some instances. Whether your specific penalty, or enforcement action, will be subject to mitigation is dependent on the specific facts of the case. However, a good place to look to determine whether mitigation may be an option, and to what extent, is the CBP Mitigation Guidelines.

Hopefully you found this guide helpful. At this time we are not taking on any new clients. All information provided above is for reference purposes and should not be construed as legal advice. You should consult with a licensed attorney before taking any action in your case.

- Guide to discrimination law and the EEOC

- What every federal employee should know - The Douglas Factors

- What kind of recovery can I get in my discrimination case?

We are currently not taking any new cases at this time. Information provided is for educational purposes only, please consult with a licensed attorney before taking any action.

Search your issue to get help