This morning the Supreme Court released its decision in the Pregnancy Discrimination Act (PDA) Case, Young v. UPS. The case, at its core, is about how employers must treat and accommodate pregnant workers compared to other classes of employees. In Ms. Young’s case she was a part-time driver for UPS who, as a result of her pregnancy, could not lift more than 20 pounds. As a result of this limitation, UPS told Young she could not work. She was forced to stay home and ended up losing her employee medical coverage. Young filed suit, pointing to co-workers who were accommodated when they had similar limitations on their ability to work.

The Law – The Pregnancy Discrimination Act

The Pregnancy discrimination act, in relevant part, provides that “women affected by pregnancy, childbirth, or related medical conditions shall be treated the same for all employment-related purposes, including receipt of benefits under fringe benefit programs, as other persons not so affected but similar in their ability or inability to work.” 42 U. S. C. §2000e(k) (emphasis mine). A fair reading of this law is that if you have two employees with the same limitation on their ability to work, and one of them happens to be pregnant, you need to treat those employees the same. In short, you cannot treat the pregnant woman worse simply because her limitation is a result of her pregnancy.

After the Supreme Court granted certiorari (took the case), the EEOC promulgated guidance on the PDA. The reading was very favorable to pregnant employees.  It went as far to say that facially neutral policies could be in violation of the PDA: “[a]n employer must provide light duty for pregnant workers on the same terms that light duty is offered to employees injured on the job who are similar to the pregnant worker in their ability or inability to work.”) (July 14, 2014) EEOC Enforcement Guidance: Pregnancy Discrimination and Related Issues, § I.C.1. (emphasis mine).

Ultimately, the Court did not go as far as the EEOC wanted and refused to adopt such an interpretation.

This decision is not an absolute victory for pregnant workers. Indeed, the Court split the proverbial baby. Instead of adopting the EEOC’s reading, or going the other way and further eviscerating the PDA at the behest of employers like UPS, the court pushed the PDA back into the pre-existing analytical framework The Court had already established for discrimination cases .

That framework was created in McDonnell Douglas Corp. v. Green, 411U. S. 792, 802 (1973). Under that framework, the plaintiff has “the initial burden” of “establishing a prima facie case” of discrimination. Id., at 802. If she carries her burden, the employer has the opportunity “to articulate some legitimate, non-discriminatory reason[s] for” the difference in treatment. If the employer articulates such reasons, the plaintiff then has “an opportunity to prove by a preponderance of the evidence that the reasons . . . were a pretext for discrimination.”

In essence the Court acknowledged that Congress acted to protect women’s rights with the pregnancy discrimination act but it will not go as far as the EEOC:

The problem with Young’s [and the EEOC’s] approach is that it proves too much. It seems to say that the statute grants pregnant workers a “most-favored-nation” status. As long as an employer provides one or two workers with an accommodation—say, those with particularly hazardous jobs, or those whose workplace presence is particularly needed, or those who have worked at the company for many years, or those who are over the age of 55—then it must provide similar accommodations to all pregnant workers (with comparable physical limitations), irrespective of the nature of their jobs, the employer’s need to keep them working, their ages, or any other criteria.

We agree with UPS to this extent: We doubt that Congress intended to grant pregnant workers an unconditional most-favored-nation status. The language of the statute does not require that unqualified reading. The second clause, when referring to non pregnant persons with similar disabilities, uses the open-ended term “other persons.” It does not say that the employer must treat pregnant employees the “same” as “any other persons” (who are similar in their ability or inability to work), nor does it otherwise specify which other persons Congress had in mind.

In reaching its ultimate intepretation of the PDA the court deferred to McDonnell Douglas:

In our view, an individual pregnant worker who seeks to show disparate treatment through indirect evidence may do so through application of the McDonnell Douglas framework. That framework requires a plaintiff to make out a prima facie case of discrimination…

Today’s decision does not make the giant leap requested by the EEOC that would have granted super-protection to pregnant employees, it also does not eviscerate a pregnant worker’s rights. It draws a compromise between a pregnant worker always winning, or always losing, their case, by forcing courts to apply the McDonnell Douglas framework on a case-by-case basis. In that framework, an employee must demonstrate a prima facie case of discrimination, then the employer can justify its refusal by providing “legitimate, nondiscriminatory” reasons and finally the employee can come back and show that proffered reasons are in fact pretextual. For illustrative purposes, this means that if an employer accommodates a broad range of employees with limitations similar to those of a pregnant employee but refuses to similarly accommodate her, that pregnant employee will likely be successful in her claim of discrimination.

Ultimately, this decision leaves us without a bright-line rule about pregnancy discrimination. The facts of each case will ultimately determine the outcome, and that really, is how it should be. If you’re interested in reading more about EEO and discrimination law, please read our guide. 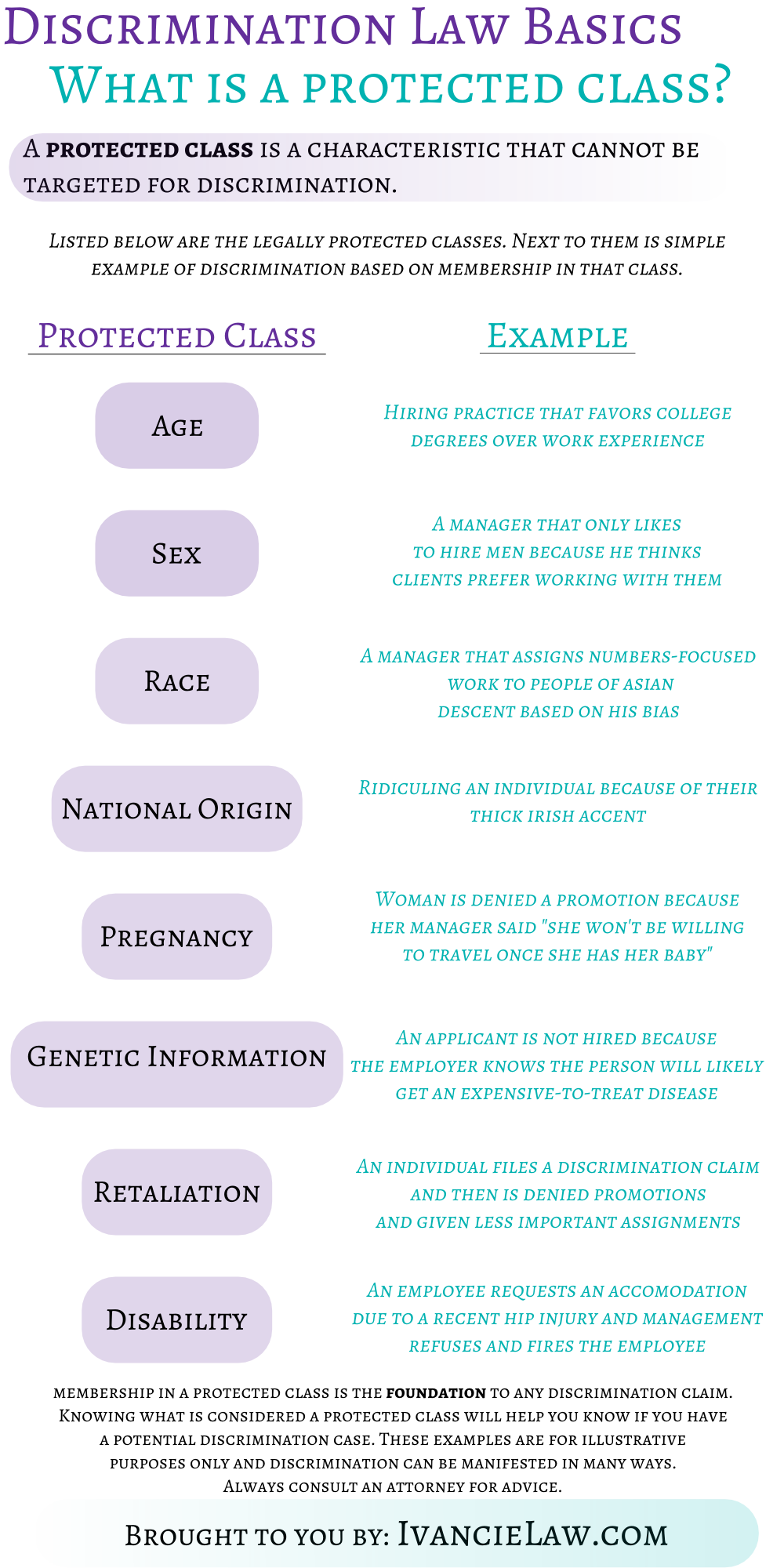 - Guide to discrimination law and the EEOC

- What every federal employee should know - The Douglas Factors

- What kind of recovery can I get in my discrimination case?

We are currently not taking any new cases at this time. Information provided is for educational purposes only, please consult with a licensed attorney before taking any action.

Search your issue to get help